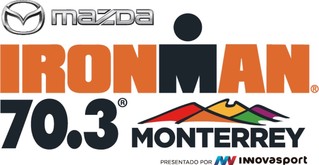 Set in Nuevo León's vibrant, cosmopolitan capital city, this IRONMAN 70.3 race marks the inauguration of a truly unique destination event for athletes and their families.

The course will kick-off with a 1.5-mile swim in the man-made Santa Lucia River, downtown's famed waterway that meanders past historic landmarks and the chic commercial districts of Monterrey. The entire course is scattered with cultural sites as it works its way to the finish at the Mexican History Museum in the Macroplaza, one of the largest plazas in the world. Surrounded by monuments, fountains, and city and state buildings, the plaza doubles as a popular gathering spot for Monterrey residents—and, now, a spectacular finish line celebration.

The fast 56-mile bike course starts and finishes at the Macroplaza next to the Palacio de Goberno, a rose-hued marble neoclassical building that houses the governor's offices. The two-loop run course will trace the river and wind through Fundidora Park, a vast former steel factory that has been transformed into a lauded urban green-space, before returning to the welcoming stands.

While visiting Monterrey, the park itself is a must. Studded with remnants of the industrial revolution, it epitomizes Monterrey's integration of history with the present and future—and boasts extensive walking paths, children's playgrounds and a permanent road course for joggers, cyclists and inline skaters. Fundidora Park is also home to a hotel, ice park, children’s theme park, the Monterrey Arena, the Council for the Culture and Arts of Nuevo León museum and more.